Here you can find out about our next training days

Currently throughout 2019 one to one training days have been preferred.

The Official Training Course for Professionals was founded by Vivienne Constad in association with LET Medical LLC in 2006.

Prior to this she had been sharing her knowledge with both the home user and professionals since her moving to Cosmodic Technology from S.C.E.N.A.R. Technology around the time of 2001.

Her decision to teach and share her experiences was her way of giving something back to the inventor, Alexander Karasev.

He had invited her to spend time with him in Russia in order to learn about his then, ‘state of the art’ technology. This was as opposed to his original invention called S.C.E.N.A.R. of some 30 years earlier. Vivienne had begun her work in this area of recovery with S.C.E.N.A.R. Technology and achieved some amazing and dramatic results until being introduced to the more sophisticated technology of Cosmodic&nbsp;with which she has achieved to even greater effect.

Since that time, the course has undergone many changes. Over the years various practitioners, all initially trained by her, have joined her program and assisted her in the training. Each has left their mark before leaving to go on their own journey. As such the course has come through some ups and downs, but according to current feedback is now far better as a result.

The course remains true to its roots and has recently been recreated in its original form and is now a fully accredited CMA course for the professional.

Its purpose is to aid recovery as a holistic and wellness therapy using Cosmodic Technology. It includes a module regarding nutrition with Dani Benjamin. This is a very important part of Vivienne’s protocol. You will be learning a Cosmodic protocol that Vivienne invented when she first began working in S.C.E.N.A.R. and then adapted when she crossed over into Cosmodic, with recent highlights to a new protocol developed with Dani. The course highlights some interesting topics with good humour, a lot of love and some serious passion.

Professional training is a three-day event that takes place at our local hospital. The sessions start at 9am and finish at 5pm each day.

Each morning is theory-based and afternoons are practical and hands on. Below is an outline of what you can expect from the course. 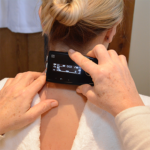 Participants are introduced to using Cosmodic as part of an integrated approach to recovery therapy.

Once participants complete part one of training, they are invited to take part two which is coaching and certification. 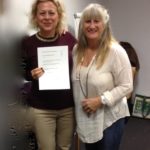 Having produced the required number of case studies and having submitted them for marking and assessment one will arrange, by appointment, to return for a supervised session of work. Having reached the required standard a certificate will be issued by us in association with LET Medical.

One to One Training for the Home User

One to One training for a home user can be arranged in advance. This usually takes place over one day.

One to one training is of benefit to a home user who wishes to treat a spouse or family member. In some circumstances you can bring that family member to attend in order to gain customised instruction for that individual.