Male
Shoulder Injury/underwent operation to rectify and since lost all mobility locally.

This injury was incurred during a sports exercise session. The initial condition was pain. It was hoped that this would cease after time and rest. Over the following year the pain increased and mobility decreased. Eventually, December 2005 the GP suggested an operation to help release what was holding the joint and to make space in the socket. After the operation, the arm and shoulder were immobilised for some weeks and following this, physiotherapy was administered.

Recovery was slow and over the following 8 months mobility was still very much impaired and the pain was still an issue. There was quite a degree of muscle wastage which also took many months to rectify.

His therapist at the hospital discharged him on the 7th August 2006, advising that they were unable to do more for him. 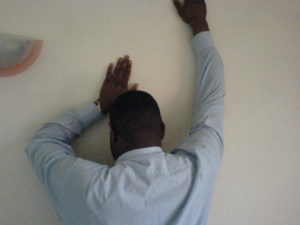 The first session we took a full medical case history and worked for only 25 minutes on the body. After the session his reach had increased by just over one inch and there was much less stiffness and no pain.

One week later his range of movement and reach increased by a further 2 inches and was now increased in total by almost 4 inches! He still was benefitting from pain relief, however the occasional pain returned with over use but there seemed to be less stiffness. 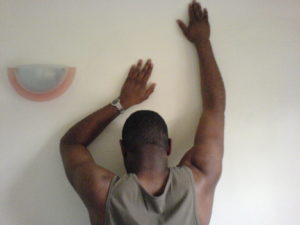 His progress continued with our sessions and his daily regime of exercises (given by the physiotherapist from the hospital).

He has to date had 11 sessions.

His improvement is 80% so far. His mobility is greatly improved, his range of movements is far more normal. He has no pain other than occasional when he has overdone some kind of work with that shoulder. He is able to stand upright and assume a better posture. Strength has seemingly returned to that arm and during the working sessions we had found some incidental imbalance to the elbow now rectified also. 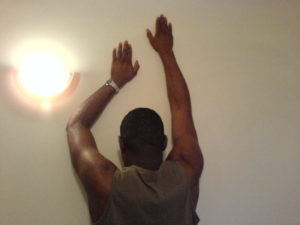 He will take a Cosmodic break very soon, and this will most likely be for some weeks to allow the body to assimilate all the new information it has received (during which time more changes will be expected). Then most likely he will resume a small number of sessions to encourage the complete restoration and regeneration of lost ability. Once this process is complete he will be able to assume a new exercise regime in order to rebuild lost muscle tissue where necessary.